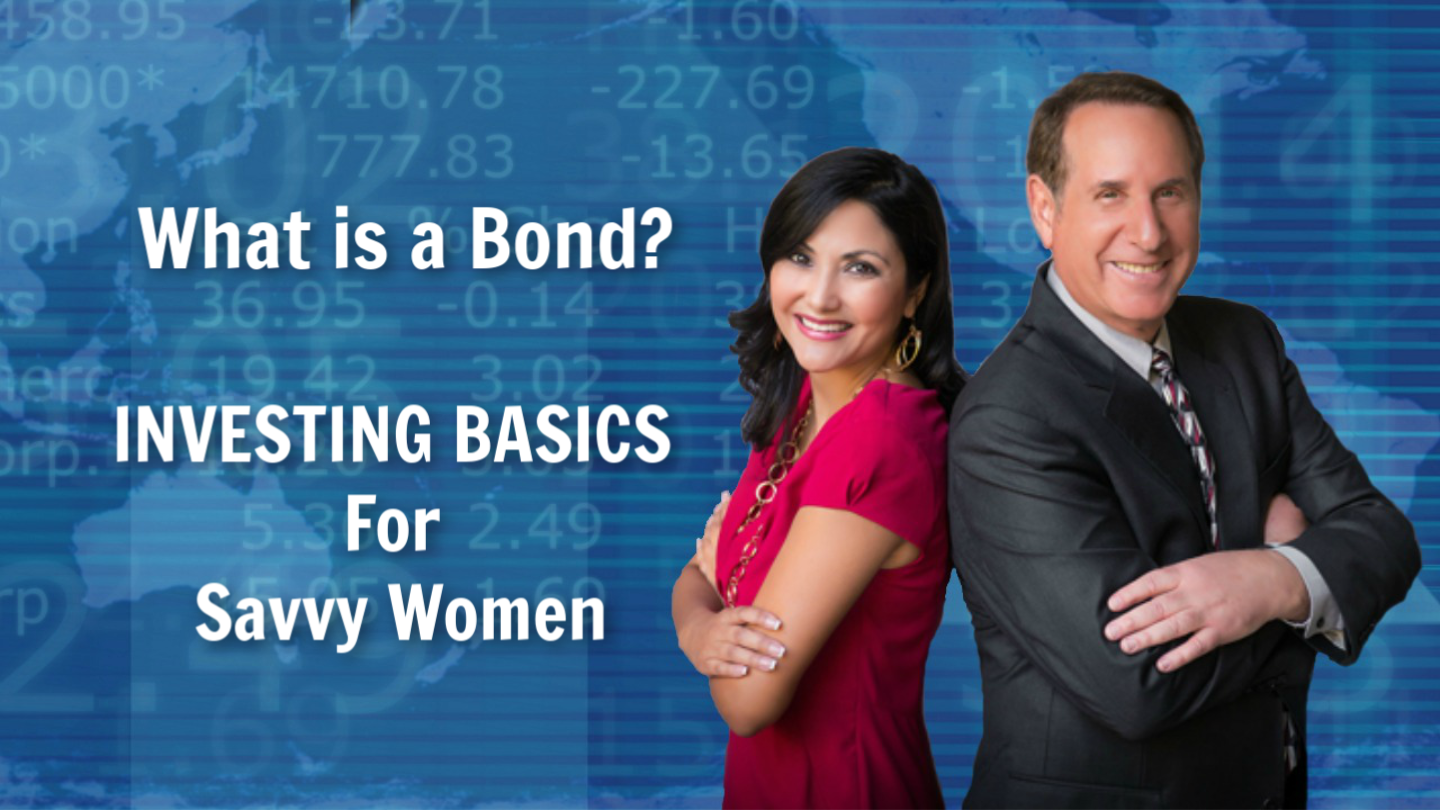 What is a Bond?

In today’s “Investing Basics for Savvy Women” video, we’ll take a look at the world of investing in bonds.

Many of us have heard of stocks and bonds, but for a lot of people, there is somewhat of a mystery as to what a bond really is.

Simply put, a bond is something a corporation, a municipality or the federal government issues when it wants to raise money. The corporation or government entity goes out and borrows money from investors and is willing to pay those investors a certain rate of return for lending them the cash. Usually it’s a fixed rate of return which is why bonds are also known as fixed income securities.

Think of it like you would a certificate of deposit, which is also a fixed income rate of return. With a CD, you lend money to a bank and the bank pays you some rate of return for a certain amount of time. Same thing with bonds.

Let’s look at a hypothetical example of a make-believe company called The Savvy Car Company.

The Savvy Car Company wants to build a new plant and does not want to go to the bank to borrow money. Instead, it chooses to issue bonds, which is a debt to the corporation.

In this hypothetical example, The Savvy Car Company needs to borrow $1 million to build this new plant. The company then goes out and borrows money from investors and promises to pay them back with a 5% fixed rate of return. The rates a corporation will pay on their bonds will vary based on many factors, including, but not limited to its credit rating. In THIS hypothetical example, we are using a 5% rate just for illustration purposes.

Now the bonds do not last forever. They do have an ending point called the maturity date. So let’s say in this hypothetical example that there is a maturity date of 10 years from now. As long as you hold on to the bonds, the corporation will pay you the interest rate it promised, in this example, for the next 10 years. Then the bond matures and in addition to the interest you received, you get the face value of the bonds back. In this case that would be $10,000.

Some bonds are issued for short time periods such as 30 or 60 days while others can go as long as 40 years! Generally, the shorter the maturity date, the lower the interest rate that you would get.

Also, some corporations are more credit worthy than others. The better the credit score of the corporation or the municipality, usually the lower amount of interest they are willing to pay because there is less risk of default.

Default is the biggest risk for you as the bondholder. If the corporation or municipality goes bankrupt, your interest payments would probably stop and you might not get any of your principle back either.

So as you can see, time and credit worthiness are key components to determining what interest rate a bond would pay.

You CAN sell the bonds before the maturity date, but if you do that, you may or may not get back the face value of the bond or the amount of money you actually paid for the bonds. That’s because bond prices fluctuate daily and there is no guarantee that you will sell the bonds for more than what you paid for them.

But this is starting to get into a more advanced discussion of bonds, beyond just the basics. So if you want to know more, contact us at savvyup.com.

In our next exciting edition of “Investing Basics for Savvy Women”  we’ll tackle the topic of whether having a diversified portfolio is a good thing.

Until then, Savvy Up!!

We run a Savvy Women Wealth Practice in Carlsbad, California offering financial planning and investment advice. Most of our clients are fun, engaging women who are driven to succeed both personally and professionally. They have spent most of their lives focusing on others and realize they must take more responsibility in their financial future. They don’t want to simply be told what to do they want to learn, become more engaged and accountable for their financial future.

Sign up for our newsletter by clicking on the following link http://eepurl.com/cr6vEb to receive financial tips about investing, managing your money, planning for retirement and invites to upcoming events. Get Savvy about your Finances & Live your Life Empowered!